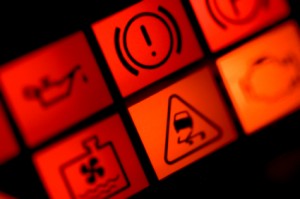 BI dashboards are powerful tools for business improvement. But that doesn’t mean that they should be applied without careful thought. Some simple guidelines make a big difference between success and failure.

Unlike old-fashioned query tools and reporting languages, Business Intelligence has found its way into the executive suite, and sits on top executives’ desks.

Rather than running reports—which are out of date the moment they’re run—BI dashboards offer an ‘always on, always current’ view of the business, bringing at-a-glance information to those who need it. And, better still, information which can be drilled down into, to determine causal factors and trouble spots.

Even so, these three tips will help you to build BI dashboards that are even more effective.

1. Too many BI dashboard measures cause confusion

As car drivers, we keep our eyes mainly on the road, glancing down occasionally for a quick look at vital instrumentation. We quickly want to see if anything is wrong—exception management, in other words—and to have a sense of our progress and rate of progression.

Aircraft pilots have the same stripped down view of things: ignore the pictures of cluttered cockpits that you’ve seen, and concentrate on the fact that in almost every aircraft flying, the instruments which are critical for flight are arranged in a ‘T’ format, right in front of the pilot. The attitude indicator is in the top centre position, with airspeed to the left, altimeter to the right, and the heading indicator under the attitude indicator.

So it should be with BI dashboards. Present the user with only those BI dashboards that are critical for their performance—the Key Performance Indicators that really matter to the success or failure of their role.

Anything else is confusion and clutter—and ultimately a distraction that takes vital concentration away from the measures that truly matter.

opinions on the matter vary, but here at Matillion we generally advise our customers to make BI dashboards actionable, rather than discussable.

By that, we mean that if a measure is appearing on someone’s dashboard, then he or she should have the power and authority to take action with metrics that are flashing red.

‘FYI metrics’—a sign that something is going wrong in someone else’s patch—are instead a matter for that individual and their boss.

Know about it, by all means: that’s what reports and management communications documents are about. But an appearance on your BI dashboard is not the right place for it.

What’s on your BI dashboard should be things that you can directly influence, through actions that you take.

And in this context, ‘productivity’ means the ability of the individual using the BI dashboard to quickly see what’s going on, visualise what might happen if trends continue, drill down to identify causal factors, and prioritise remediation efforts.

In other words, BI dashboard technology is there to help users achieve as much as possible from their dashboards, to quickly identify situations requiring corrective action, and to figure what went wrong.

And not in the old-fashioned finger-pointing investigative manner, but by harnessing an unimpeachable resource: the Business Intelligence system’s ‘single version of the truth’.

As with any interaction of users and computers, people move at their own speed, mastering first those things that they feel most comfortable with, or need most urgently. Who, after all, felt immediately at home with the unfamiliar ‘ribbon’ interface introduced in Microsoft Office 2007?

But encouraging end users to experiment with drilling down, explore alternative visualisation methods, and use the inbuilt BI dashboard tools to improve their own productivity is invariably a sound decision.

So there we have it. Three simple ways to ensure that your investment in BI dashboards deliver what’s intended: a powerful way for end users within the business to quickly home in on the Key Performance Indicators that matter, harnessing the power of the Business Intelligence system’s ‘single version of the truth’ to pinpoint fault lines and undertake corrective action.

The bottom line: like any good tool, a little skill goes a long way—and appropriate use is just as important as skilful use.

Find out more by registering for our free webinar below.