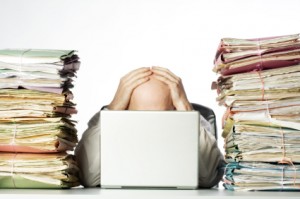 Traditional Business Intelligence operations can often put great strain on the resources of Smaller Businesses. How can the reduced requirements of Cloud BI save your business time and money?

A recent IBM study found that businesses who successfully use Cloud Computing to manage their data are reporting annual revenues that are almost double those of companies who are more precautious about its use.

However, it is not just this increased revenue potential that makes Cloud BI an enticing opportunity. More importantly perhaps, is the way in which it can help a business to reduce the often large costs associated with intelligence operations. Many of these costs are caused by bottlenecks when firms simply do not have the resources to keep their intelligence operations running smoothly and this is where Cloud BI can help.

We will look at three of the main areas where the reduced requirements of the Cloud can improve your current operation.

Time is crucial to any business, especially when it comes to gaining a competitive advantage over other firms in their industry. In highly competitive markets, the speed of decision making can often mean the difference between whether your business is successful or not. Therefore, when implementing a new business intelligence strategy, time is certainly of the essence.

Traditional Business Intelligence can often take a long period of time to implement and even when this is completed, there is no guarantee that it will even be successful. One of the major advantages of Cloud BI is the speed of implementation. The results of a Verizon study found that 83% of respondents believed that it was quicker to implement than its on-site alternative and it was even found that 69% of Cloud operations were fully integrated within 3 months. This means that businesses can begin to exploit the benefits of BI much earlier than they would have previously been able to.

In the past, the business intelligence operations of smaller businesses were severely restricted by the amount of financial resources they possessed. However, the reduced costs that the Cloud offers mean that high quality Intelligence software is now increasingly accessible and affordable. An article by Information Management found that  ‘For small to mid-tier organizations, the cloud promises much in the way of reducing the total cost of ownership of IT infrastructure with improved accessibility.’

Because of the limited resources of smaller businesses, the previously large costs associated with maintaining Business Intelligence meant that there was always an opportunity cost incurred. Companies would have had to sacrifice spending on other sectors which could have helped them grow further. With the lower costs of Cloud BI, this would no longer be the case and could free up significant amounts of finance which could be invested in other areas of the business.

One of the most significant changes that comes with the adoption of Cloud BI, and in particular Self-Serve Reporting, is that it makes things much easier for anyone to access and produce reports, no matter what their level of skill or experience. @steveranger describes how ‘The use of cloud computing can do away with much of the software maintenance and patching that made up a chunk of the average IT professional’s day’. IT staff would often have been inundated with Intelligence related concerns and this could have led to them neglecting many of their other duties. However, using Cloud BI could free up significant parts of their working day and reduce numerous bottlenecks that may have occurred.

To find out more about Cloud BI and it’s benefits register for our free webinar below.