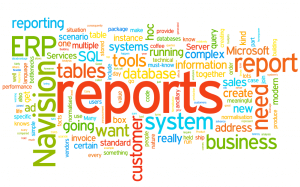 Building Microsoft Navision reports can be a chore. Why does a system like Navision, which after all is based on modern underpinnings and is a current product, not provide flexible, ad hoc reporting and analysis out of the box?

Here are the 5 must-know facts about building Navision reports and why NAV doesn’t have the reports or report creating functionality you need, without you having to do some work first:

But because of the technical nature of reporting tools and the underlying normalised nature of your ERP system’s database, the business user is never going to be able to self-serve their own reports and/or analyses, with the tools that come out of the box. And those technical users who can use these whizzy, complex tools are going to become bottlenecks, and spend their lives creating and maintaining reports for others.

Learn everything you need to know about building Navision reports in our free e-book.  Download it below.