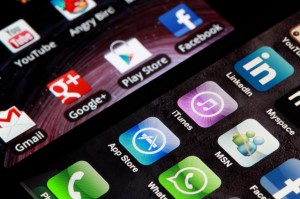 What better way to usher in 2014 than to analyse who will be the winners and losers in some of the world’s biggest technologies, firms and Business Intelligence Systems over the year? Battles have already been lost and won – with more clashes expected.

Apple has been dominant in the mobile phone market since the release of the iPhone in 2007, and Samsung has been the only serious challenger to that position with the Galaxy range of devices. The situation has not been helped with the several well-publicised patent lawsuits between the two companies.

2014 looks to be a bright market for both with the release of the iPhone 5 being successful, and the new Samsung range of tablets and phones well-received. However, when looking at who will be the winner between these two, our choice has to go with Samsung. Its recent history shows rapid growth in this segment and more people are becoming more confident in purchasing a non-Apple smartphone. Our decision is also swayed by the limitations that the App Store provides, giving Android devices as a whole the upper hand.

The social media king Facebook has already battled off competition from giants such as Google to stay number one but now, after Twitter experienced its most successful year to date, Facebook can expect yet more commercial rivalry.

Facebook surpassed 1 billion users last year but the rate of growth is slowing and Twitter’s growth rate is four times higher1. With Twitter set to become a public company ­– and more embraced by teens and businesses – the future is bright for the blue bird. When looking at 2014, we believe Twitter will prove the real winner, showing higher growth and popularity than Facebook which, for the foreseeable future, will nonetheless remain king of the social network giants.

On-premise has been the main Business Intelligence System since companies first saw the benefits of improved analytics and reporting. With better technologies, the last few years have seen the emergence and rise of a new Business Intelligence – Cloud BI. Fighting the dinosaurs of the BI world was always going to be a challenge but, given the advantages that Cloud BI holds over on-premise tools – such as faster implementation, cost efficiency, improved access and more availability to name a few – 2014 can only bode well for this relatively new software. We believe that 2014 will be the year for Cloud BI as more and more companies – who could not before – will now be able to realise the benefits of Business Intelligence Systems.

With each having a successful 2013, both the Xbox One and PS4 sold out of stocks way before the Christmas rushes, with figures at the end of the year hitting 7.2 million units2. The stats already show that PS4 is winning the race with over 1 million more units sold over the Xbox One  – but this could be due to having a week’s headstart release date. When looking to 2104, we expect the current trend to continue. The PS4 has had rave reviews and exceeded most reviewers’ expectations while the Xbox One has faced criticism over the altered design of the game controller.

If you are interested in knowing more about kicking your 2014 off with Cloud BI download our free E-Book below.