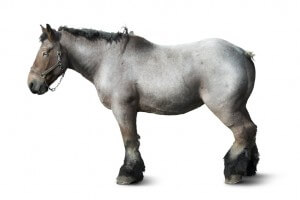 This year—2014—is the one hundredth anniversary of the start of the First World War, a tragedy that cost millions of lives. The war also heralded a period of intense technological innovation, bringing about major advances in aircraft, vehicles and weaponry.

Before the war, for instance, aircraft were small, slow and unreliable. At the war’s end, military strategists had realised that air superiority was essential for victory.

But in any period of intense innovation, there are uncertainties surrounding which technology will ultimately come out as the best. Choices have to be made about which way to go—this technology, or that technology? Should we go with the new, or stay with the old?

And fascinatingly, just such a choice, at end of the First World War, turns out to have had a direct bearing on the family fortunes of Matillion’s founder, Matthew Scullion.

Matthew’s great grandfather, apparently owned one of the UK’s largest haulage businesses, headquartered in the Lancashire cotton mill town of Stalybridge, then at the height of its economic fortunes.

Not surprisingly, then, Matthew’s great grandfather was a wealthy man. Indeed, according to Matthew’s aunt, the wealthiest man in Stalybridge.

But on the outbreak of war, many of the firm’s horses—which pulled the carts—were requisitioned for military purposes by the War Office, the forerunner of today’s Ministry of Defence.

Thanks for the help

And once the war was won, a grateful War Office got back in touch.

Would he like his horses back? Or, alternatively, they would happily substitute what they described as ‘mechanised vehicles’—or trucks, as we’d call them today.

But the winds of change were blowing. And ten years later, the fleet of mechanised vehicles had grown to 628, while just 509 horses remained.

The name of the competitor? Pickfords, based in the nearby village of Adlington. Yes, that same Pickfords which would grow to become a national force in household removals.

Business Intelligence is a huge competitive enabler. According to the Economist Intelligence Unit, 75% of companies which ‘substantially outperform their peers financially’ also reported that data analysis was ‘very important or essential’ in their organizations.

Traditional on-premise Business Intelligence typically takes 12-24 months to deliver, and has a significant upfront cost in terms of licensing and implementation support.

And Cloud Business Intelligence? An implementation time of measured in weeks, a low-cost, fixed-price implementation cost, and an affordable monthly subscription thereafter.

Choosing between competing technologies—especially at a time of intense technology change—is never easy.

But unfortunately, choices have to be made.

And as Matthew’s great grandfather found, history isn’t necessarily kind to those who make the wrong choice.

What makes for a winning technology? In other words, how can you avoid making the wrong choice?

It’s tricky. But adjectives such as ‘better’, ‘cheaper’, ‘faster’ and ‘more powerful’ are usually associated with technologies on the winning side of the equation.

Find out more about Cloud Business Intelligence and download our E-book below.