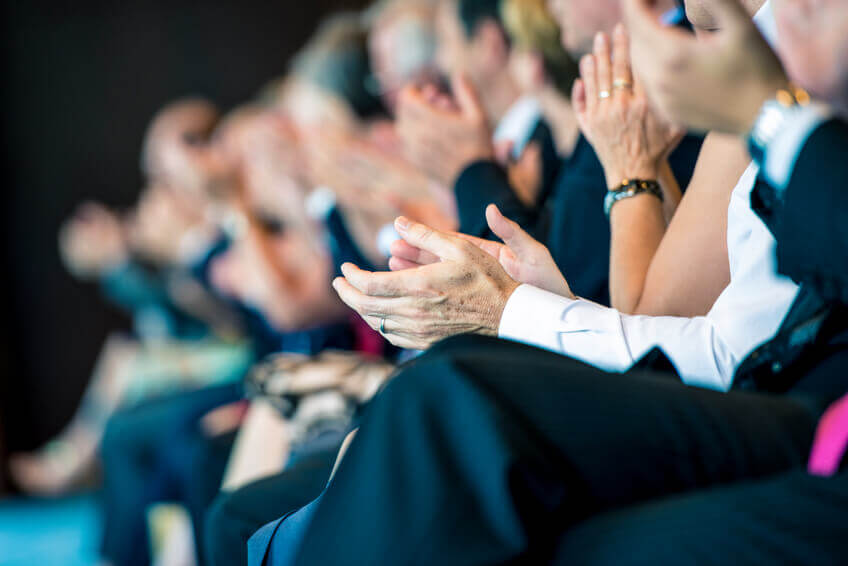 According to estimates, around 27,000 people might attend Amazon’s AWS re:Invent 2016 user conference in Las Vegas at the end of November. And by any account, that’s a significant number of people—and roughly twice the number showing up a couple of years back.

Why has re:Invent 2016 become so popular? The answer is most easily arrived at by asking another question: why is AWS adoption so popular?

Because that popularity—among businesses of all sizes—is undeniable. As a recent article in The Economist pointed out, fast-growing AWS is now approaching a $10 billion revenue business, with ten times as much cloud computing capacity as the next 14 cloud computing vendors combined.

And from a standing start just ten years ago—and with a single product, cloud computing, that many pundits at the time regarded as not yet being enterprise-ready—that is undeniably pretty good going.

Simply put, pointed out The Economist, with a third of the entire cloud computing market, AWS is fast becoming the ‘go to’ cloud computing vendor of choice, just as IBM was in the era of the System/360 mainframe. And with AWS as top vendor, then re:Invent 2016 is—almost literally—the only show in town.

Where it’s at: Redshift and Aurora

Naturally, we’ll be there at re:Invent 2016—and as you’re reading these words, the odds are good that you’re probably thinking of attending, as well.

Now, once it would have been assumed that many delegates would be there as users of  AWS’s oldest product, Amazon S3, the storage capability product with which Amazon launched Amazon Web Services, back in March 2006. Or its ‘server by the hour’ product, Amazon EC2, launched six months later.

Well, very probably: Amazon S3 and Amazon EC2 are certainly popular, providing the bedrock on which virtually all of AWS’s 70 or so products are based.

But these weren’t especially highlighted in The Economist’s extensive feature. Instead, the magazine chose to focus much more on what you and I know as Amazon Redshift and Amazon Aurora.

Over two-thirds of AWS’s customers are start-ups, noted The Economist—and, as it pointed out, “new firms almost always opt for an open source database in the cloud rather than a pricey proprietary product from Oracle, the biggest vendor of such software.”

Open source database in the Cloud? Like us, you won’t have any difficulty recognising that as a reference to MySQL, and AWS’s MySQL wire-compatible competitor, Amazon Aurora.

Drawing a parallel with Linux, it observed that “open source software and cloud computing have been disastrous for the old giants of IT”, adding that IBM’s revenues have now fallen for 17 consecutive quarters.

And with Hewlett-Packard having “thrown in the towel”, and Google “struggling”, only Microsoft is offers serious competition to AWS, with around 12% of the cloud computing market.

So as the flagship event of the dominant cloud computing vendor of choice, it’s little surprise that AWS re:Invent 2016 is so popular.

Data as a differentiator

But enough of the past. What of the future?

“The latest battleground is data,” points out The Economist, observing that AWS’s Aurora database and Amazon Redshift data warehouse products “have been in especially high demand”.

Again, we’re not surprised: Amazon Redshift, for instance, is re-writing the rules of data warehouse deployment and management. Fast, secure, fully-managed, scalable, quickly deployed, and available for just pennies per hour, the contrast with ‘Big Iron’ could hardly be more stark.

And at re:Invent 2016, we’ll once again be showcasing Matillion’s very own ETL for Redshift. A hundred times faster than traditional ETL tools, it takes five minutes to set up, and is available from just $1.37 per hour.

So stop by our booth, and say hello. Judging from the roster of blue-chip Fortune 100 companies who joined as customers at last year’s re:Invent 2015, you’ll be in very good company.

Matillion ETL for Amazon Redshift is up to 100x faster than traditional ETL and is available as an AMI on the AWS Marketplace, making it both easy to launch and cost effective. Visit our product page today to find out more, or download the eBook below for all of our Amazon Redshift advice and best practices.