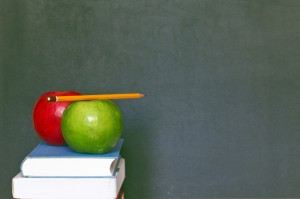 SaaS BI (Software as a Service Business Intelligence), also known as Cloud BI or On-Demand BI, is a Business Intelligence tool that is typically hosted in an external location. Exploring the world of SaaS BI for the first time can be scary, daunting and outright confusing so we have drawn up this beginner’s guide to SaaS BI to help you take your first SaaS BI steps.

SaaS BI brings many of the benefits of traditional On-Premise BI but with several stark differences.

The key difference between SaaS BI and On-Premise BI is that the software and hardware lie with the vendor rather than with the customer.

Another difference is in staffing: On-Premise users tend to have a dedicated trained BI team whereas SaaS users – with the assistance of the vendor – can use the software without being experts.

Upgrades also differ, as On-Premise users have to pay for the next version of their software whereas SaaS customers will receive access to upgrades as and when they are released.

There are several key benefits to using SaaS BI – with the main ones being the cost, the implementation speed and the ability to access your data anywhere.

There are several reasons for SaaS BI having a lower cost, one of the main factors being the flexible pricing that is available. Customers pay one upfront fee and then a monthly one based on the number of people they have using the BI tool. This allows customers to only pay for what they need.

The implementation speed of SaaS BI is not only much faster than On-Premise BI, it is also much more successful. The average On-Premise BI tool can take anywhere between 12 and 24 months to implement whereas Saas BI can be live in as little as two months. This is largely down to the fact that it is delivered over the Cloud, so no software need be installed and no integration need be done.

Finally, SaaS BI is an extremely useful tool due to the ability to access data at anytime, from anywhere. With access being over the Cloud, users can log on and drill down into data, create reports and Dashboards from wherever they are. All they need is internet access and they are ready to go.