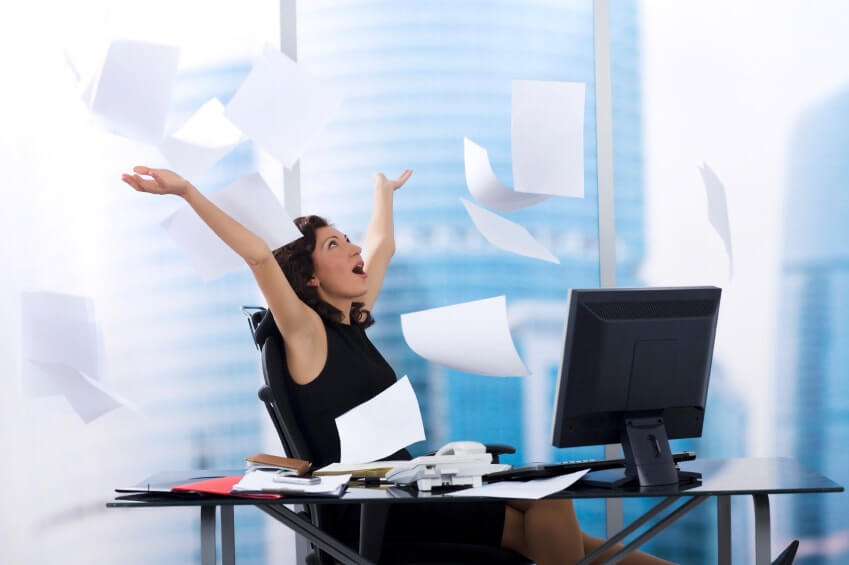 Namely, empowering individuals to conduct their own analyses, viewing data the way they want to view it, and publishing the results in the way that they want to publish them.

Far fetched? Far from it. Indeed, there’s an argument that says that self-service BI tools are even more of a revolution than the spreadsheet.

That’s because while it is generally only spreadsheet ‘power users’ who can tap into a company’s central database, self-service BI tools offer that central database connectivity by design—but are available to everybody.

In short, a revolution is under way. Where will it lead? No one yet knows. But what is clear is that self-service BI tools are the latest step in a process of analytical evolution that’s been taking place since the arrival of personal computers and the spreadsheet.
These days, it’s difficult to imagine what a revolution the spreadsheet was. VisiCalc came out first on the Apple II microcomputer in mid-1979, and was quickly ported onto desktop computers such as the original IBM PC, the Commodore PET, and machines running the once-popular CP/M operating system.

At a stroke, VisiCalc promptly killed the only other data modelling applications that were out there—complex beasts running on expensive mainframes, accessed remotely through time-sharing services.

Power to the people

What precisely did the world’s first spreadsheet do? From a functional point of view, pretty much what the modern-day Microsoft Excel does today. As with Excel, its power lay in the fact that it did so in a way that was intuitively obvious, and which could be grasped in seconds.

And what did VisiCalc really do? Empower ordinary users within companies to conduct their own analyses, using inexpensive computers and inexpensive software.

Accuracy, for one thing. Simply put, it’s all too easy for spreadsheets to contain errors. And because the spreadsheet-as-published only shows the output of formulae, not the formulae themselves, it’s difficult for other people to detect errors.
Just last year, for instance, two influential Harvard economists hit the headlines, having made a number of basic errors in a spreadsheet underpinning important economic research—research that had influenced government thinking around the world.

In fact, according to Ray Panko, a professor of IT management at the University of Hawaii—and an authority on bad spreadsheet practices—it’s likely that an incredible 88% of spreadsheets contain at least one error.

Connectivity is another limitation. As anyone who has imported data into Microsoft Excel can verify, Excel’s data import facilities are powerful. They’re also complex, far-from-intuitive, and difficult to use.

So if you’re not a power user, it’s probably best to rely on purpose-built macros and data extraction routines, developed by IT specialists, to get at the data that you want incorporated into your Excel spreadsheet.

Which certainly takes away quite a chunk of the spreadsheet’s immediacy, and its value as a data exploration tool. And which—especially in smaller business—throws up problems in terms of resource constraints, priorities and skills.

Hence the buzz around self-service BI tools. At a stroke, they solve not just these problems, but several others associated with spreadsheets.
How? By doing the ‘heavy lifting’ of data extraction, transformation and loading—the so-called ‘ETL’ activity—in an IT-driven, professional manner, constructing a data cube of undoubted accuracy and reliability.

And doing so, what’s more, across multiple databases, which is vital in companies possessing not just a single ERP system, but also niche standalone systems each with their own databases.

In short, self-service BI tools provide the end user with not just an accurate, up to the minute data source to analyse, but also a way to analyse it that renders spreadsheet-like errors virtually impossible.

A revolution in progress

It’s been said that the spreadsheet democratised data analysis. At a stroke, ordinary employees had access to powerful analytical tools and statistical functions that would have seemed magical just a few years before.

Today, self-service BI tools are doing the same thing: delivering powerful analyses at the push of a button—but running against a business’s core commercial transactional database, and as close to real-time as that business wants.

Transformational? We think so.

If you would like to find out more about Self-Service BI Tools, consider downloading this useful Ebook below.