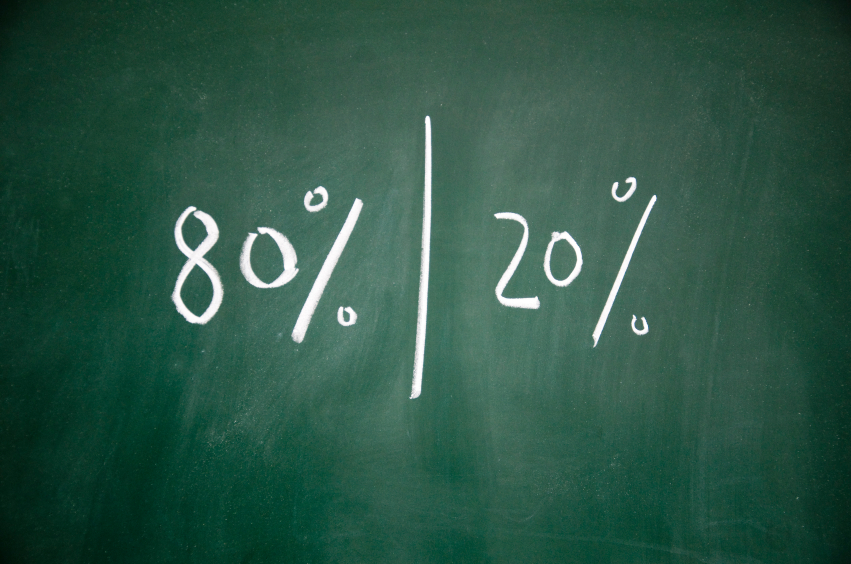 As managers, we all know—and live by—the so-called ‘80-20′ rule. 20% of the customers generate 80% of the revenues. 20% of the products contribute 80% of the profit. And so on. But is the future of business intelligence going to change how we view that rule?

According to a fascinating article in The Economist a couple of weeks back, just possibly. Because the future of business intelligence holds out the prospect of a rich yield of highly granular insights into all aspects of business—including areas into which few spotlights shine at present.

And that’s because improved analytics is making it possible to tweak and refine business performance in a way that previously wouldn’t have been either feasible, or worthwhile considering.

In short, with the future of business intelligence holding out the prospect of powerful, low-cost, user-friendly analytics, it looks like traditional ways of thinking about business performance improvement are going the way of the dinosaur.

Ordinarily, when we set out to improve business performance, the 80-20 rule naturally points us towards those small number of potential actions—the 20%—that will generate most of the returns.

Where do we focus our efforts to increase sales revenues—with the major customers who buy the most, or the smaller customers who don’t? How do we improve the performance of a filling or assembly line? How do we raise employee productivity, or cut employee absenteeism?

The answer is obvious: the so-called ‘low hanging fruit’. We go for where the potential for improvement is greatest. Because that’s what looks set to offer the best return on our time and effort.

But supposing that the future of business intelligence—in the shape of better analytics, better visualisations, lower-cost cloud-based computing, and so forth—made it possible to dramatically cut the time and effort taken to solve that niggling 20% of problems that would ordinarily remain? And which would otherwise be left untackled?

The future of business intelligence: ‘small’ data, as well as Big Data.

So suggests The Economist. In America, it notes, parcel delivery firm UPS is busily analysing the routes that each of its 60,000 delivery trucks takes each day. The goal: to see if a better route can be determined. Because for every mile shaved off an average day’s total journey distance, UPS saves $50 million in fuel and running costs.

And other such examples abound. Apache Corporation, an oil exploration and production company, is using advanced analytics to predict when undersea oil pumps will need maintenance. At catering supplier 3663, thanks to some work on pricing analytics, a target of delivering a 0.5% improvement in achieved gross margin when selling to new customers has been exceeded fivefold.

Likewise, at computer and printer manufacturer Hewlett-Packard, market segmentation through analytics has provided a tool for generating meaningful insights into likely customer behaviour, both in terms of price proposition and product attractiveness.

“We were brilliant on understanding our top 1,000 customers, but we had a million customers we knew almost nothing about,” is how Michael Immenschuh, senior manager pricing process and capabilities at Hewlett Packard, summed up the initiative at an analytics conference last year.

And it’s a remark that cuts right to the heart of the ‘small data’ challenge and its associated opportunity. Traditional approaches led to Hewlett-Packard focusing on its top 1,000 customers, leaving the opportunities presented by the other million untapped. That is now changing.

And—whether it’s the minutiae of sales analytics, or operations performance, or inventory management—there’s nothing to stop any business from following the examples above.

Put another way, instead of—like Don Quixote—repeatedly charging at big intractable problems, why not go after smaller-but-simpler ones instead? Or, better still, as well as, rather than instead of?

But that can only happen with business intelligence tools that make it possible, and efficient, to do this.

At Matillion, we like to think that we’re showing the way: working with medium-sized, ordinary manufacturing and distribution businesses, we’re exploring the future of business intelligence.

And showing how low-cost cloud computing, self-serve reporting, dashboards, visualisations, and ‘Amazon-style’ “customers who bought this also bought that” analyses can re-write the art of the possible.

That, in short, is the future of business intelligence.