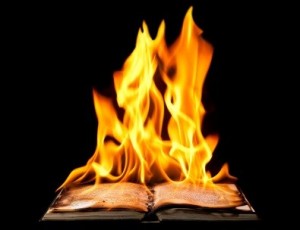 What’s been the single biggest revolution in Business Intelligence? Ask a dozen different people, and you’ll likely get a dozen different answers. OLAP, in-memory analytics, data visualisation—to those schooled in the tradition of Business Intelligence in the form of data warehouses and dull reports, any of these will be a revolution. But it’s arguable that the answer is none of these. Instead, perhaps the biggest revolution is self-service reporting.

Surprised? Perhaps you shouldn’t be. Granted, self-service reporting doesn’t seem very ‘technical’. It’s not an acronym like OLAP or ETL, and nor does it sound hi-tech like in-memory analytics.

And maybe that’s not a bad parallel to draw. Because in their own way, self-service cafeterias and self-service ticket machines have been just as revolutionary, bringing the ability for people to get what they want, when they want it—and to get it without fuss, without delay, and without unnecessary expense.

So let’s take a look at how self-service is re-writing the art of the possible.

Self-service reporting: the reports you want, when you want them

Remember the old days of Business Intelligence? You wanted a report, filled in a form, waited for the request to get to the top of the pile, and eventually got to speak to an analyst who took careful note of your requirement.

Weeks or months later, the report request reached programming, who coded it. And then—finally—you got the information that you had wanted.

By which time, of course, the need for it may have passed. Or your requirements changed.

Put another way, your business had invested expensive resource in delivering a report later than required, and possibly long after the information it contained was actionable.

Is there a better way? You bet: self-service reporting. With simple, easy-to-learn tools, users can design and process their own reports. The result: actionable information, when it is wanted.

Analysts and programmers are expensive people. Not surprisingly, businesses want to be careful about how they utilise such an expensive resource.

So in one sense, it makes sense to have users’ requests for reports and analyses carefully vetted and professionally coded.

But when self-service reporting makes it possible for users to create their own reports, simply and without complex coding, then the need for expensive analysts and programmers duly reduces.

A business may find that it can manage with fewer such expensive resources, or it can choose to re-deploy them.

How many times have you heard the plaintive complaint: “If we’d known about it earlier, we could have done something sooner”?

Too many times, we’d guess.

And the reason that people didn’t know about things earlier?

And again, it doesn’t have to be that way. Because with self-service reporting, everyone gets the reports they want, at the click of a mouse.

Actionable information, in short, delivered in time for action to be taken.

But we also bang the drum about self-service reporting, because we think that compared to traditional reporting modes, it too is better, faster and cheaper.

And frankly, just as revolutionary.

Find out more about self-serve reporting and download our useful and free E-Book below.