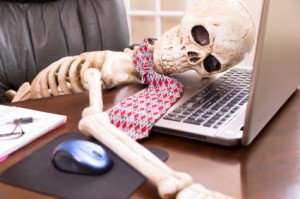 Improvements made by Business Intelligence vendors are diminishing the longstanding concerns over Cloud BI, so what do you really have to be afraid of?

It’s that time of the year again when the weather is taking a turn for the worse, the dark nights are setting in and Halloween is almost upon us. But one thing you shouldn’t be scared of right now is the prospect of Cloud BI.

Cloud BI solutions have been a major component in the growth of Cloud Technology as a whole, an industry in which spending is set to rise to $47.4 billion this year. This significant rise in spending signals an increase in business confidence that the Cloud can provide a viable alternative to traditional on-site operations. Confidence levels have also been boosted by the high satisfaction rates of current users, with 80% claiming they were satisfied with the service compared with only 50% for on-site Business Intelligence according to CBR.

The widespread emergence of Cloud BI over recent years has dispelled many of the traditional concerns associated with its implementation. These concerns ranged from the security of company data to the difficulties involved in integrating new solutions with existing processes. In order to analyse this in greater depth we will at three areas where concerns are rapidly decreasing.

Security Concerns have arguably been the most prominent reason why companies have been deterred from engaging in Cloud BI in the past. Data security has become a major concern in light of the recent revelations surrounding mass data surveillance by the US Government and this has made IT managers increasingly sceptical about the Cloud.

However, there have been some significant improvements made in security over recent years resulting in a much safer service.

Penny Crosman (@Pennycrosman) states that ‘To improve security, cloud providers are encrypting data in storage as well as in transit. They’ve also made significant investments in identity and access management’. These improvements have meant that many large organizations have shown their faith in Cloud Technology and banks are even beginning to embrace the Cloud as reported by InformationManagement.

On site operations have often been favoured due to the security concerns discussed but it has been found that attacks are almost twice as likely to be targeted at these premises as they are on Cloud solutions.

One of the major selling points of Cloud BI is that it provides a much more costs effective solution to traditional Business Intelligence operations. However, there still remain some concerns over the payment structure for this service.

Forbes lists pay-per-use payment structures as one of its ‘10 myths about Cloud Computing’. The variable costs of this structure can often escalate quickly and businesses can end up paying over the odds for their BI software. However, many firms now offer subscription based Cloud BI which frequently works out to be much more economical, allowing users to purchase the software on a monthly or annual basis.

By streamlining their Intelligence operations through Cloud BI, businesses can reduce many of the operational and capital costs incurred. There is also a reduced emphasis on the need for the physical infrastructure surrounding Business Intelligence; this may include staff, equipment and facilities.

The difficulty involved in integrating Cloud BI solutions has often been a major complication, but this is no longer the case. An InformationManagement article suggests that ‘The demand for integration in today’s business environment is greater than ever before and, fortunately, the tools are far more capable’.

The article goes on to state that businesses are exploiting the benefits of the Clouds Mobile, Social and Data analytics capabilities by accommodating it into their current operations, working in synergy with their on-premise intelligence.

A Global survey by Saugatuck Technology found that concerns over integration have fallen sharply over recent years and it is no longer one of the main Cloud concerns.

Find out more about Cloud BI and download our free E:Book below.