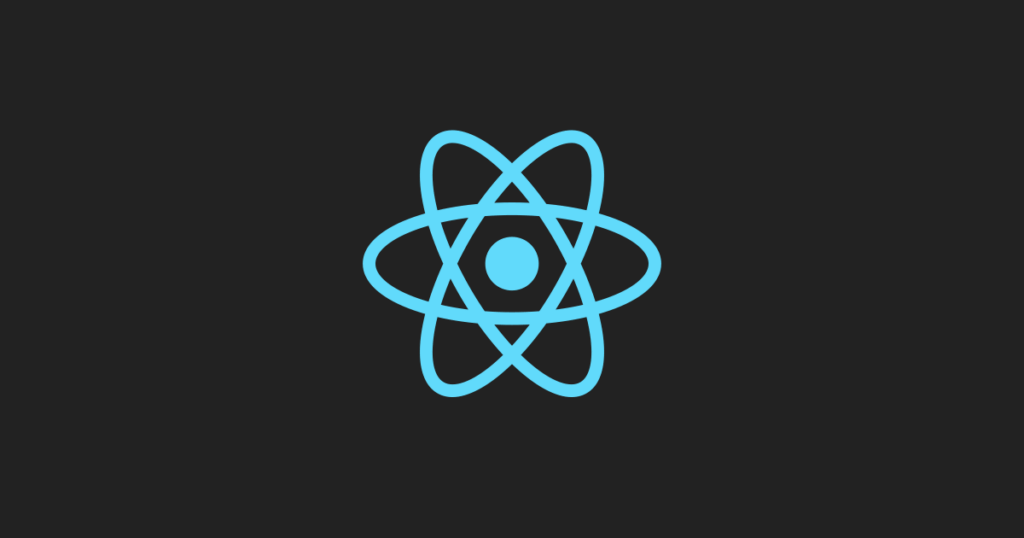 Have you ever used a badly written website and annoyingly had to type in everything again, or re-select all the choices one by one? These are problems of state management.

Every front-end developer will be tempted to use a state management library at some point. Here at Matillion, there have been quite a few discussions on which is the best. In reality, there is no single right answer. Everyone has different opinions and preferences, and every project has different needs.

At Matillion we have a Hack Day every month, which is a day to research, collaborate and solve problems outside our daily work commitments. I found this a good opportunity to gather some pros and cons of different state management libraries. My aim was to simplify this decision process.

What is UI State?

UI state means what the user sees at any moment in time. The state changes as the user interacts with the application by supplying data and navigating around.

There are two types of state: UI State and Server Caching State. For this research I focused on UI State. It is an easy, managed way of sharing states and data between components relying very little on React’s Context or not at all.

What is a State Management Library?

A State Management Library is a pre-built code bundle that can be added to a front end such as React. Its purpose is to help manage an application’s state.

Not all React projects need a state management library. Some are just fine with React.Context. However, I found with slightly more complex projects React.Context can be difficult to deal with, as it heavily relies on React’s tree. Also, there is no way to keep track of dynamic components and their contexts. Overall it can be quite frustrating to use.

So I decided to look at the most common or talked about libraries at the time of writing (mid 2022) which are Recoil, Jotai, Redux and Zustand. Many more libraries are available but the basic outcomes from these four can be applied to all the others.

I looked into two types of State Management Libraries: Atomic and Global Store. You can imagine an Atomic Library as a 3rd dimension to the React Tree which is perpendicular to the existing nodes. With the help of selectors, these atoms can be directly accessed through individual nodes without the need to go up a React node Tree which makes it a lot faster. They use methods similar to React hooks. Alternatively, the Global Stores I looked into follow a FLUX approach; Action → Dispatcher → Store → View. These libraries have completely independent store management file(s) in the project which work together with the rest of the application to provide the best state management solution.

This is an atomic library from Facebook. This means it has the highest chance to be compatible with future React versions, as well as being maintained.

This is another open source Atomic library

Redux is a Global Store, Based on a Flux architecture model. The main Flux characteristic is a single source of truth (the store) which can be updated by dispatching actions.

Zustand is a Global Store, and seems to be an in-between of Atomic and Flux solutions. Overall it is a relatively simple library, which can be both an advantage and a disadvantage.

Testing atomic libraries can be tricky as they use a hook approach. The main difficulty is mocking or initialising the state specifically for some of the atoms, instead of indirectly testing the state by manipulating the DOM and asserting against it (e.g. update text input to check the input state atom).

Here is a worked example

Global state mocking/initialising is more conventional. You can either set the state using your real store or by mocking it. For the Zustand Library you can follow their documentation on how to reset the store on each test.

To help you experiment with these libraries, I have created some demos in codesandbox.

I have not created a demo for Redux, as it is the most widely used and has a lot of resources already.

Which State Management Library should you choose?

As you can see, each library has its own pros and cons, and each use case will differ.

At Matillion, among our many front-end projects we mainly use Redux and React.Context. The reasoning behind this choice was:

However, we have since found that our Redux project is not actually using all of Redux’s potential.

Many developers at Matillion like the promises Atomic libraries give, and some even use them for their personal projects. So in the future, for new Matillion projects we are planning to use Jotai as the default library to deal with global states.

I have put together a diagram that will hopefully help visualise the differences between each library. Please use it as a reference, taking into account the pros and cons of each option. 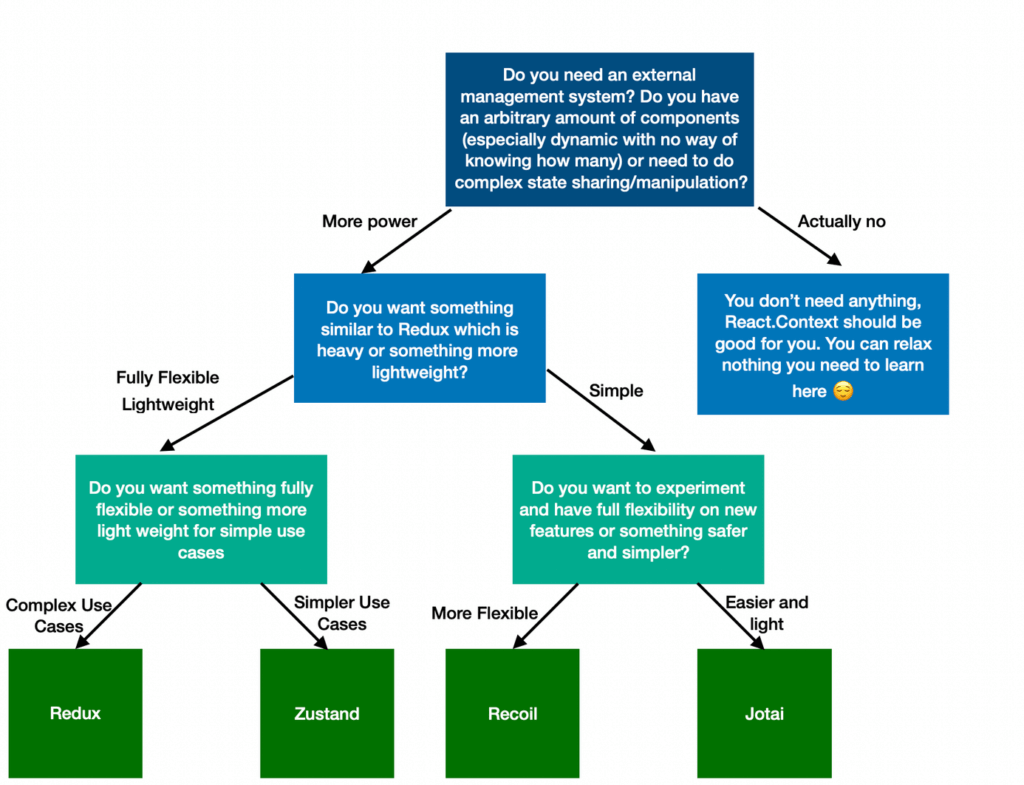