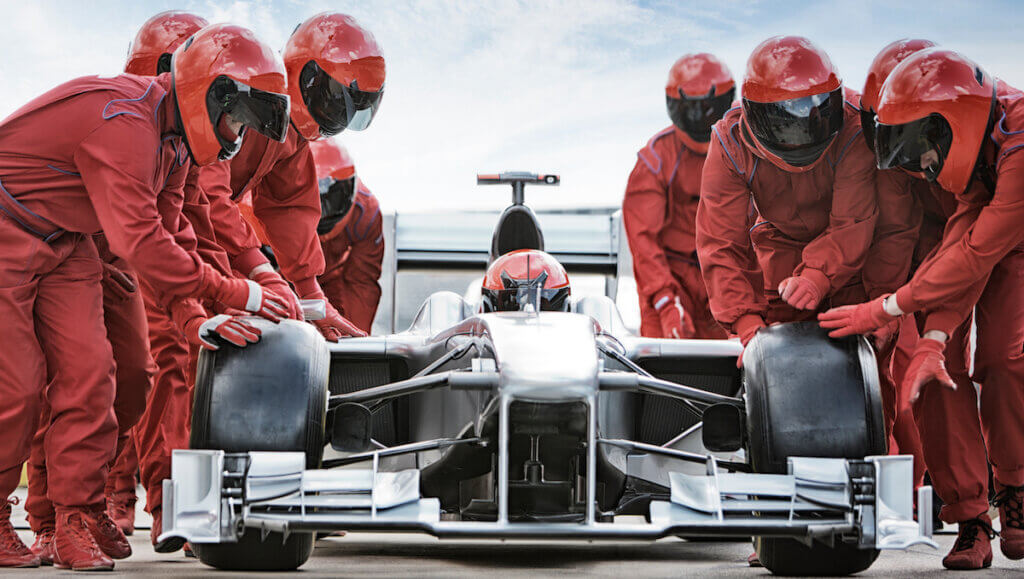 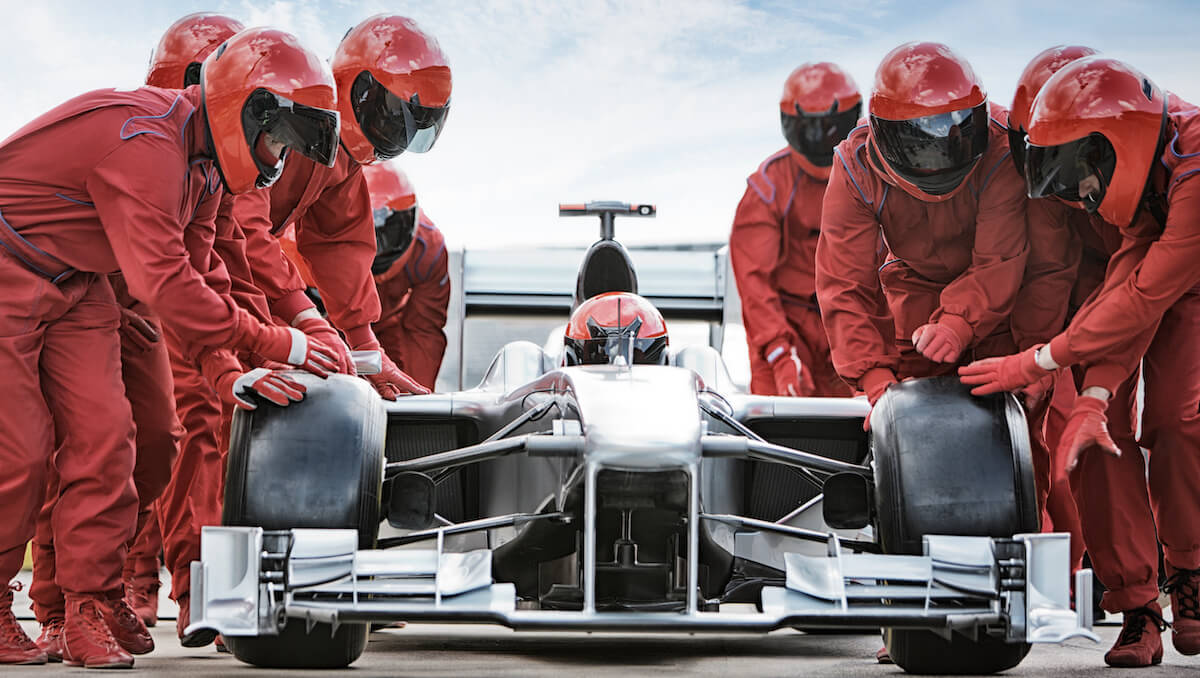 It is common to build large, sophisticated Matillion ETL Orchestration Jobs that perform a lot of work. One example might be a “Daily ETL” job that launches many other jobs during a batch window.

The job performance analysis and tuning presented in this document is aimed at large, single Matillion ETL jobs that contain a lot of components, and that do a lot of data processing. Over time, it is natural for such workloads to take longer and longer to finish, as volumes increase and the data itself evolves.

To tune a Matillion job, start with the Task History Profiler Shared Job to understand which parts took the longest time to run, and how much ran in parallel.

The prerequisites for Matillion ETL Job Performance Analysis and Tuning are:

From the Matillion ETL user interface, follow Project/Task History to obtain the Task History ID of the job you intend to analyze. In the example below the highlighted job took 15 minutes 24 seconds to run, which makes it an interesting candidate for analysis. Its ID is 14883.

Every Matillion ETL Orchestration Job run is made up of Tasks.

The amount of parallelism is the number of Child Tasks that were running simultaneously at a point in time.

How to use the Task History Profiler Shared Job

Start at the Matillion Exchange to download and install the Task History Profiler Shared Job. Afterwards you should see it listed under Project > Manage Shared Jobs. 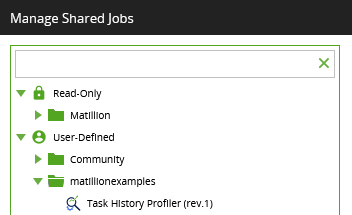 To use the Task History Profiler Shared Job, drag it onto the canvas of a newly created Orchestration Job, and complete the properties. 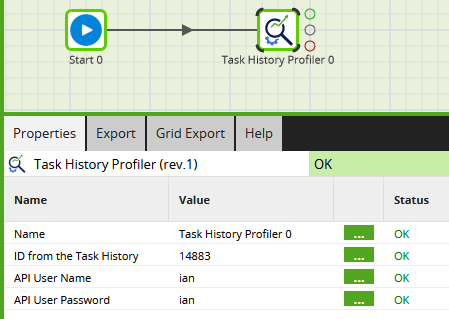 To do the performance analysis, just run the job. After it has finished, click the text in the Tasks panel to view the full output. 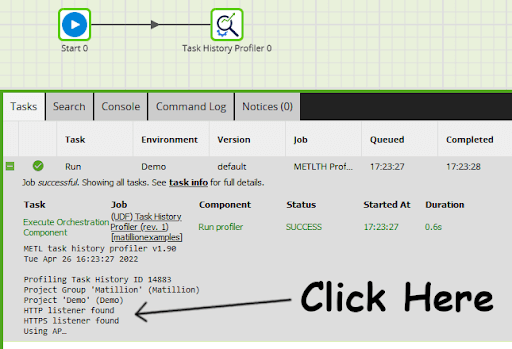 The Task History Profiler writes a text report. It includes:

Parallelism is the count of how many Child Tasks were running simultaneously.

The parallelism analysis report is a histogram showing how many times each degree of parallelism between 0 and 16 was found. Values greater than 16 are recorded in the bucket of 16. 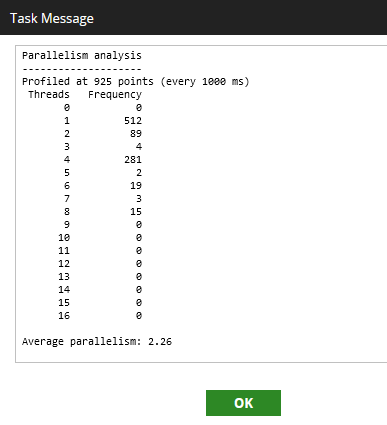 In the example above, at most of the sampling points, either one or four Child Tasks were running simultaneously. The average parallelism is calculated at 2.26. 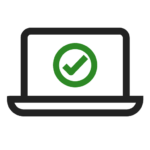 To tune a job and reduce the overall elapsed time, try to increase the average parallelism

Interpreting the Task and Component Analysis

The Task and Component Analysis shows:

In the example above, the longest running component – accounting for 67.4 percent of the total – was the “Load Flights 20xx (S3)” component in the “Demo ELT” job, and the component was executed just once. This is the component to try and tune first.

To tune a job and reduce the overall elapsed time, look first at the longest running components

Read the guide to Developing Workflows in Matillion ETL for tips on how to structure your jobs.

It is best to tune jobs that finished successfully and fully. However, you can still look at a job that failed, or a job that was deliberately run partially, to analyze the parts that did run.